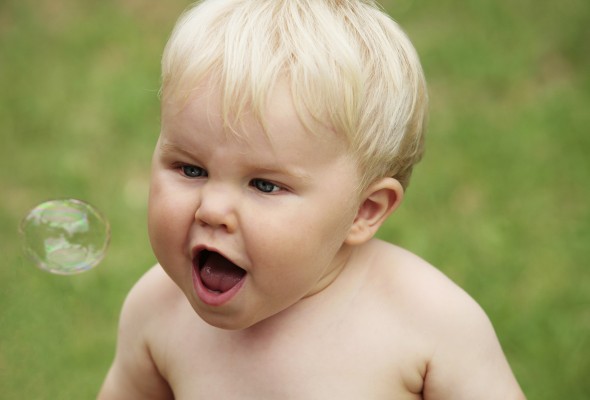 Have you ever been a captive viewer of a boring family vacation slideshow? Or wished your own album and or slideshow had a little more zing? It’s possible to create visual interest in your photographs just by using a proven technique, story telling. Story telling is a natural way of communicating that has a long history. Whether it’s a how-to, documentary, theme, or concept, a photographic story captures our attention, and maintains our interest. Once you learn how to create these visual narratives, your slideshows, albums, scrapbooks and even your memories will be enhanced. There are endless stories to tell, but how do you begin? First you need to plan your shoot.

You don’t need a script, but you can plan a visual shot list in advance that has story potential so you have something to edit and choose from later. I like to keep a small notebook in my purse where I jot down shot ideas. For example, if I’m shooting at a baseball game my list would include a wide shot of the entire field, action shots of kids running the bases, players interaction and expressions, shots of the crowd,
and details like baseball gloves, balls, and bats.

Think about how cinematographers shoot and edit a movie or television show: they take a combination of wide shots capturing the vista or entire room, medium shots, and detail close-ups that they seamlessly edit together into a story. These images are juxtaposed so the contrast between them moves the story forward, or perhaps just captures the essence of the place or moment in time. 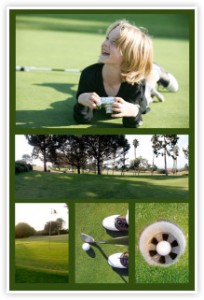 Prior to photographing Jack’s day at the golf course I prepared a shot list of what to shoot: a wide, establishing shot of the golf course, a medium shot of Jack having fun, and other detail shots that helped tell the story.

You can also shoot a series of images in quick succession. Set your camera to Sports Mode or Continuous Mode to capture the action just by holding your finger down on the shutter button for multiple shots. 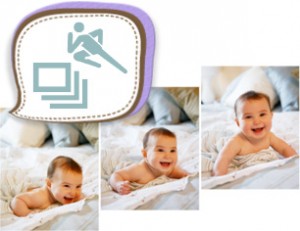 Every camera is different, but Sports Mode and/or Continuous Mode can be found on most digital cameras – check your owner’s manual.

Sometimes one image is all you need to convey your story. This image may be more about the expression on a person’s face, the context, the background, or the relationship between people or objects in or out of the frame. 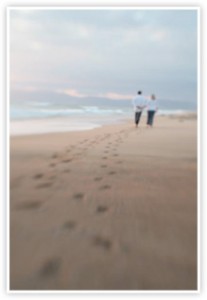 A tranquil, seaside vista provided a wonderful environment for an engagement photo, representing the couple’s journey into their new life.

The following suggestions are ideas you can use to help find and create story-telling photographs.

A souvenir from a special location, family heirloom, significant numbers, or a favorite ornament can help give meaning to your image and instill a sense of family connection and pride. 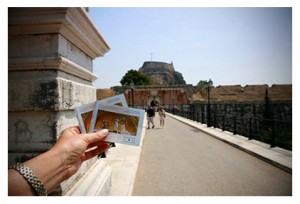 Tickets to the Old Fort in Corfu, Greece begins the photographic journey.

Story-telling images tap into our awareness of the human condition. Even if we aren’t aware of the specific story of an image, the emotion it reveals allows us to formulate our own story about it. 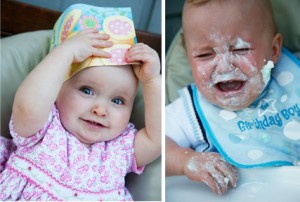 Twins, TJ and Riley have different personalities and a wide range of expressions.

Colors, shapes, and stylistic images can be grouped together for maximum impact. For example, a lavish buffet of food could be documented and artfully grouped together. This story theme can also fit within the larger context of the entire vacation album or slideshow. 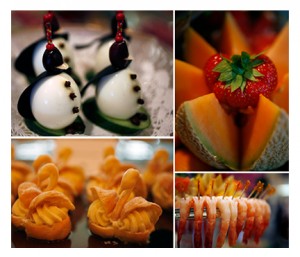 Consider varying the size of each image within a digital layout for an interesting display.

Every good story has a beginning, middle, and end. If you’re documenting a chronological day-in-the-life of a person or an important event, think about what would signify these markers. For example, in shooting a teenager’s fashion show you might include the following:
• Shoot the empty room or runway and people preparing for the show backstage.
• Include the fashion show itself – models walking the runway, the expressions of the people watching the show.
• Provide wide, medium, and close up shots if you can get them.
• Capture the climax and any defining moments.
• Close the story by capturing the last person walking off stage or the final bow during the applause.
This approach helps portray the passing of time and provides the viewer with a “you were there” experience.

An artfully composed image only makes your visual story telling stronger, and it isn’t difficult to do.

Viewing images taken from the same distance and angle becomes dull and boring. Mix it up! Every time you take a photograph think of the various angles you can try. Take an image from up above, down below, at eye level, from behind and through a framing element, such as a doorway or window. If you’re going in close, be sure to stand back and zoom in with your camera’s zoom lens to fill the frame with your subject. 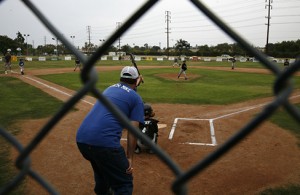 Think about all the angles you can possibly shoot of a subject. Let your imagination run wild.

You can take better pictures by understanding some basic rules of composition. These “rules” are proven design principles you can use as guidelines to begin. Once you’re comfortable you can take risks, break the rules, and create your own style.

Create more visually compelling photographs by using the rule of thirds. Simply divide your scene into thirds like a tic-tac-toe board and place something of interest at one or more of the intersections. 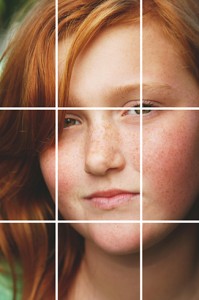 Use leading lines to lead your viewer’s eye through the photograph. This technique attracts attention to one or more intended subjects or a single focal point. 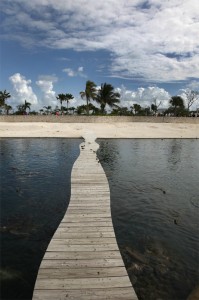 Choose an interesting frame for your image, for example, an arched trellis, a unique doorway, or overhanging tree branch. 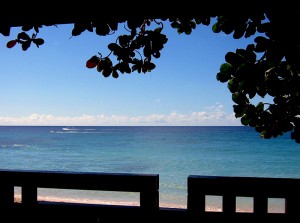 Less is more when presenting your images. Be selective with the shots you decide to include in your story and don’t overwhelm your audience with too much information.

When presenting your images in a layout, remember the contrasting, multiple, or single image choices for storytelling. Sometimes you may not have the luxury of planning a photo shoot and you need to edit images from prior shoots to construct your story.

When I shot these images of Sophia, she wasn’t initially happy to participate in the photo shoot. As I built a relationship with her throughout the afternoon by giving her things to do and encouraging play, the story unfolded before my camera. Once I saw the images on my computer, I was able to select shots that depicted the progression of her moods, from reluctant participant to playful little girl. The final image of the day portrays Sophia’s authentic personality as well as the trust that developed between us. 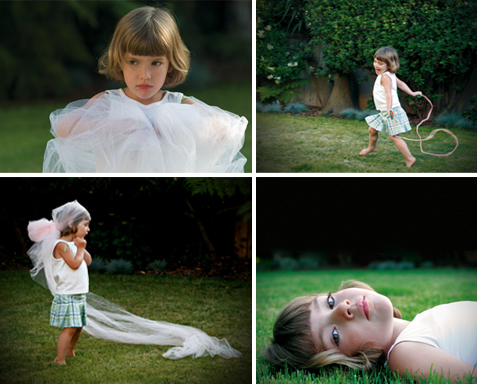 Now it’s time to explore, create, and display your images in beautiful, meaningful ways. The world is waiting to see your story.